Plombières-les-Bains is a charming spa town, with an incomparable historical heritage, where time seems to have folded in on itself to offer the stressed guest rest and well-being. 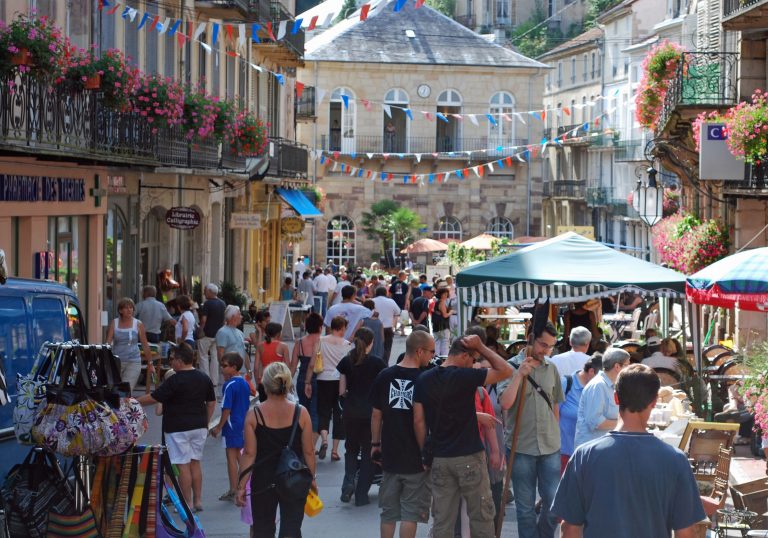 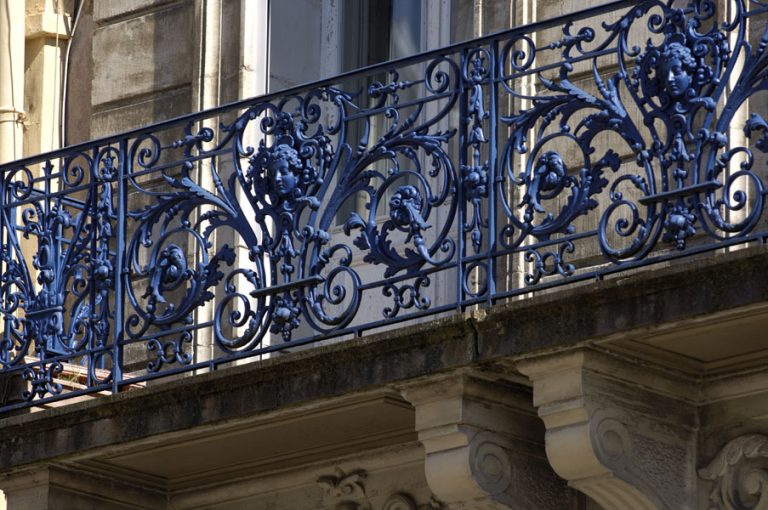 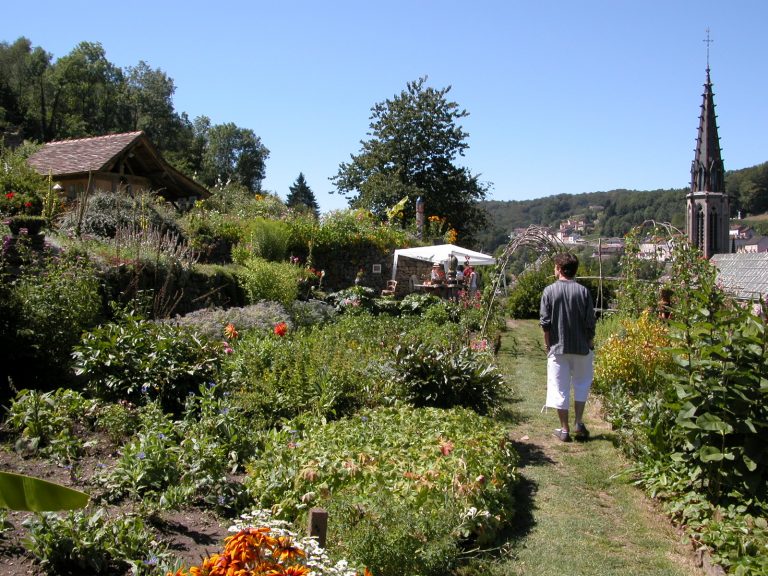 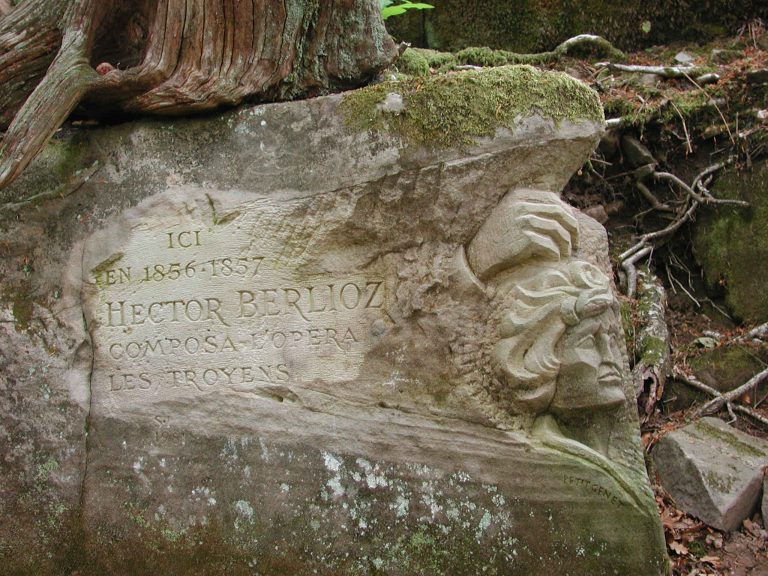 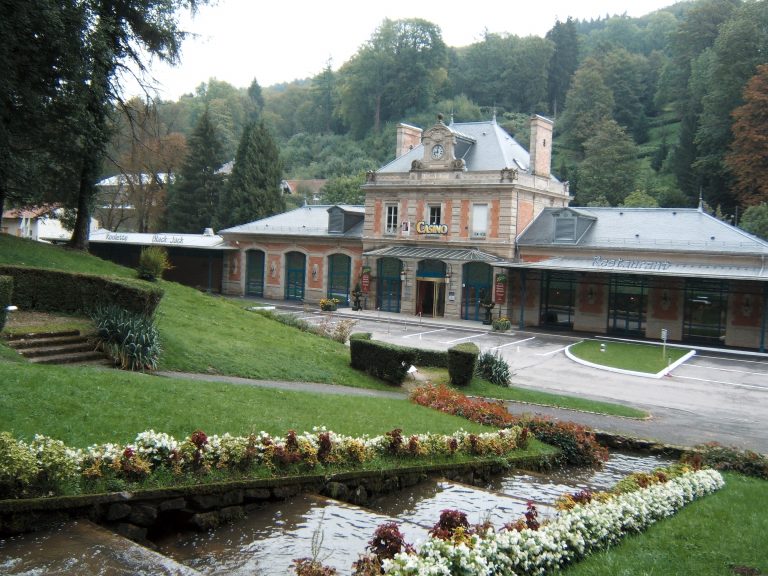 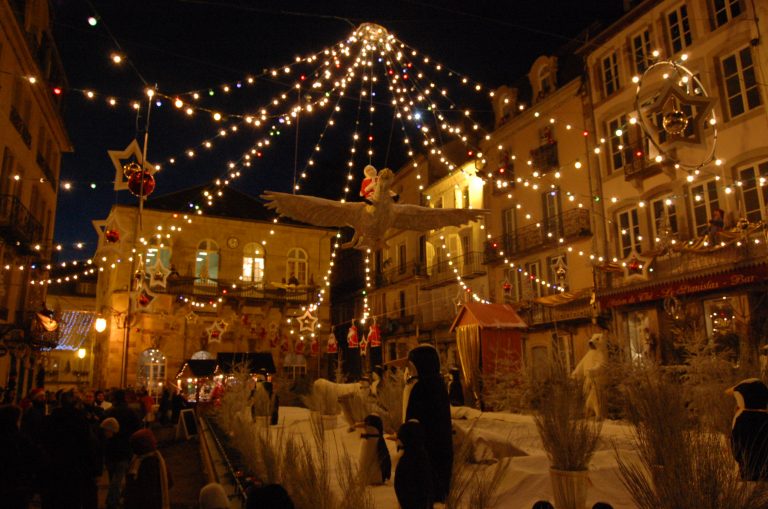 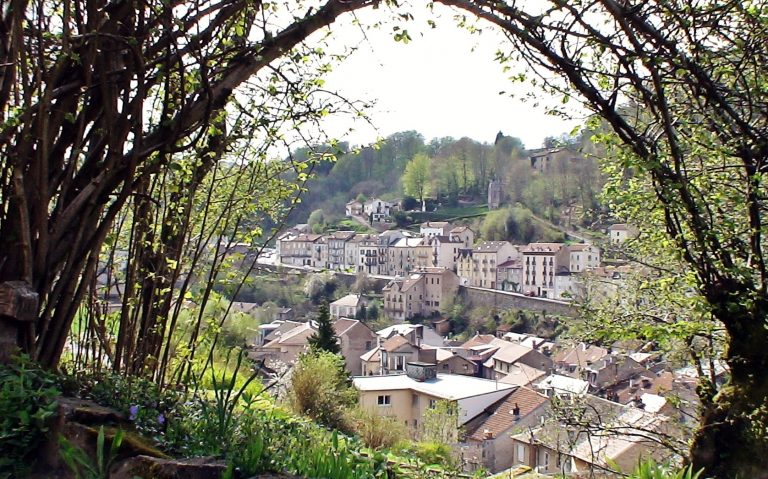 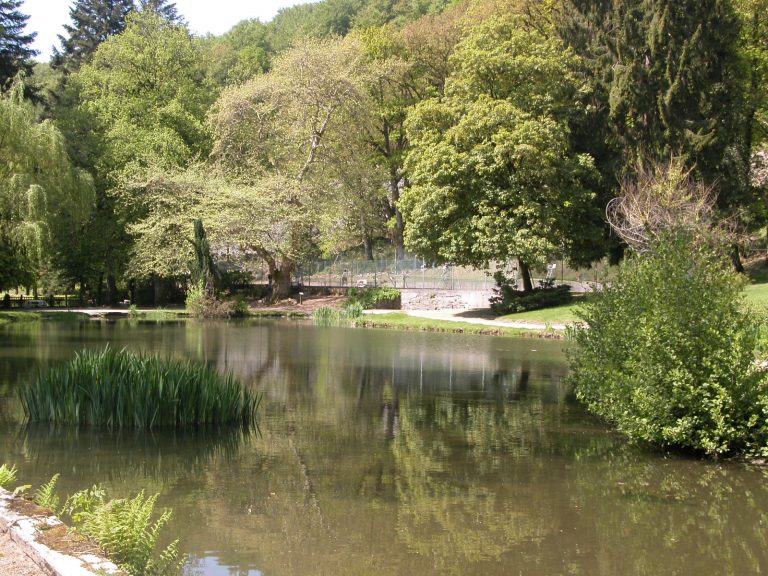 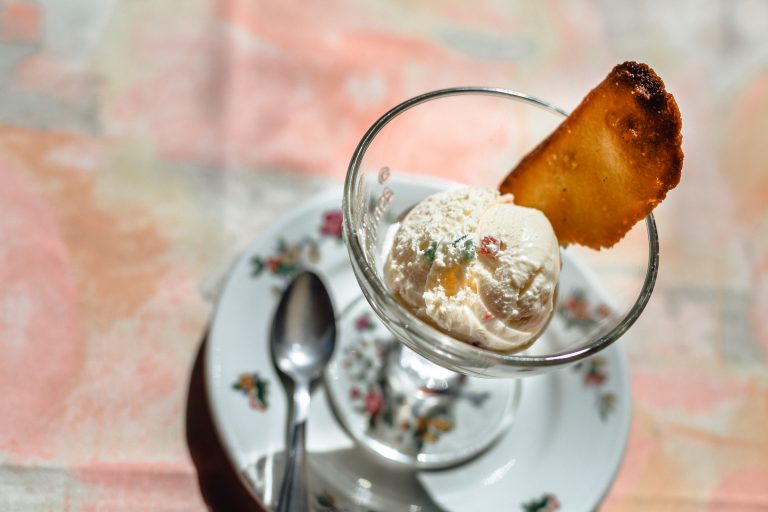 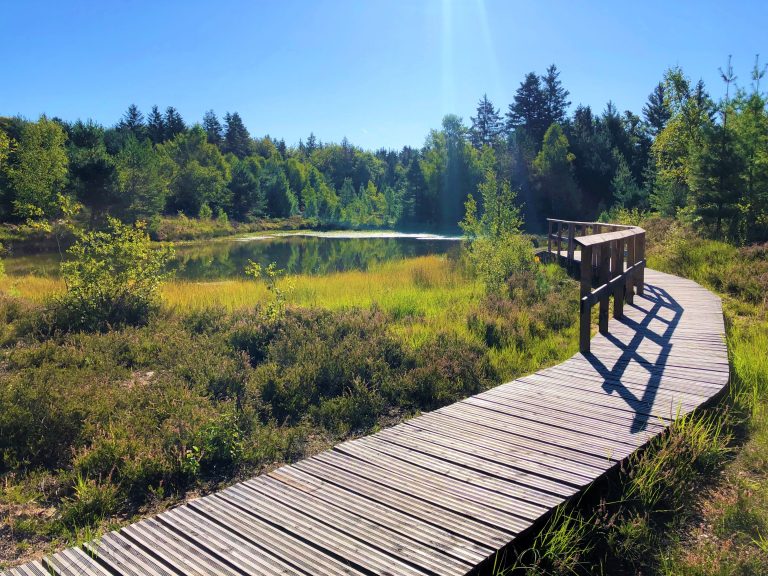 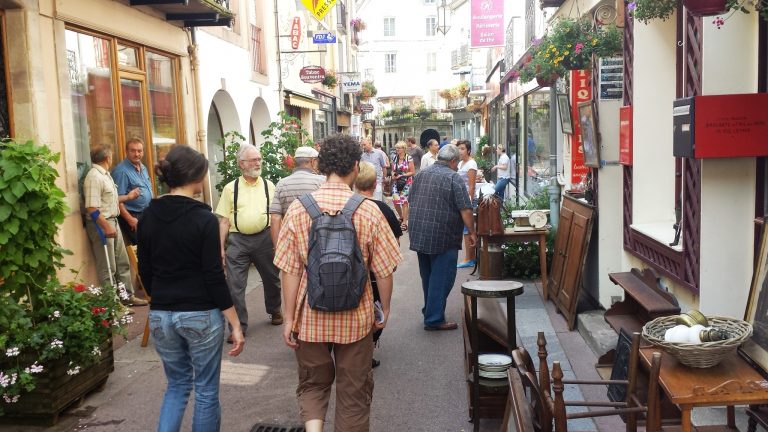 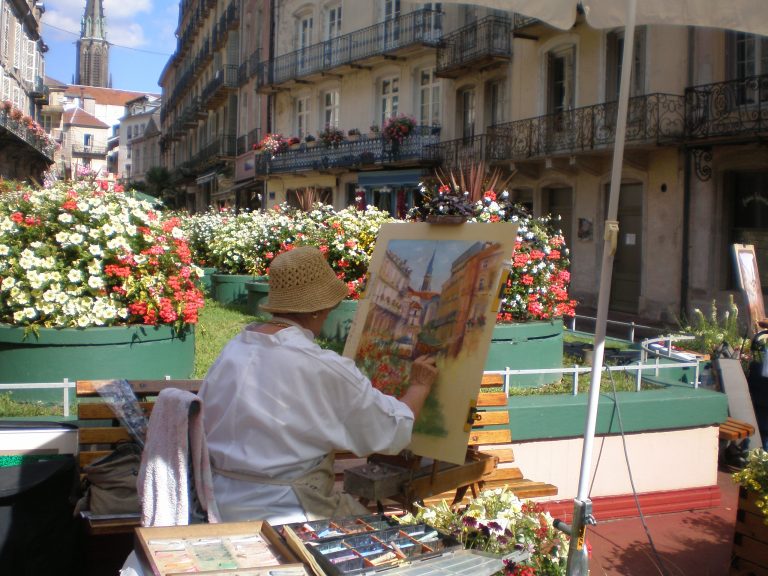 Welcoming craftsmen is a long tradition for the town of Plombières-les-Bains. It is she who contributed to its construction and its influence mainly under the Second Empire. You will discover unique know-how, creative and traditional crafts.

April to October - The Broc' Plombinoise

The unmissable meeting place for second-hand dealers, antique dealers and craftsmen takes place every second Sunday of the month, in the historic center of the city.

June - The Authors on the Balconies Book Festival

Walking through the historic center of the city, you will discover more than a hundred authors and publishers from all over France. In an exceptional setting, let yourself be charmed by the encounter with a book, a writer, an artist.

December - The Christmas market of yesteryear

For more than 25 years, magic and magic have settled in Plombières-les-Bains during the 4 weekends of Advent. 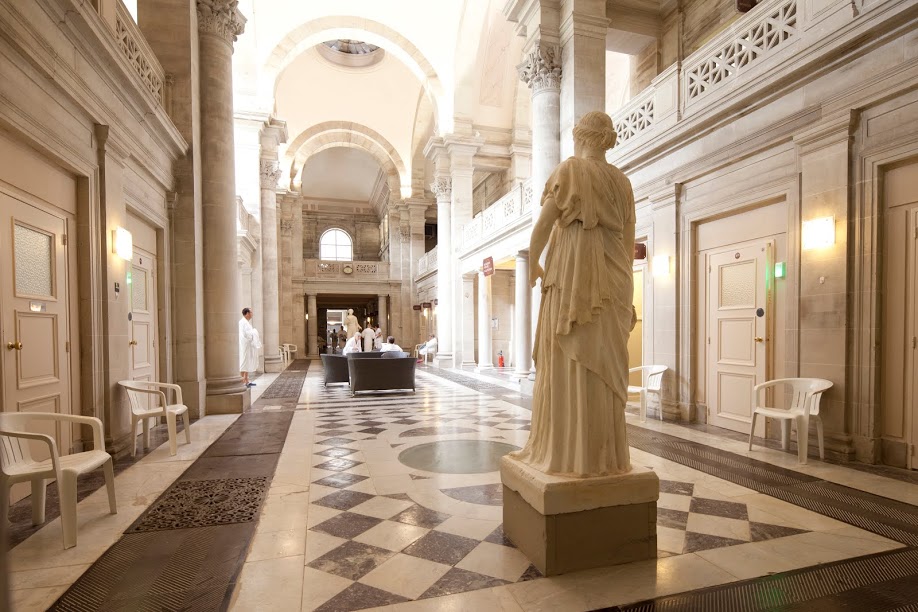 Located in a steep valley, it is a city with narrow streets which gives it a very special and friendly atmosphere. What is striking are the XNUMXth-XNUMXth century houses adorned with wrought iron balconies, molded iron or even wood. Plombières is called the city of a thousand balconies. Moreover, there is an equally unusual and unique 1001st balcony: the terraced gardens. Stunning views on the valley are to be admired during walks on the Coteau de la Vierge or during the “Regards sur Plombières” circuit.

A charming and lively town, Plombières is the two-thousand-year-old spa which treats intestinal and rheumatic ailments from March to November. In an authentic and historic setting, the Calodaé Roman balneotherapy spa center offers all year round all the pleasures of recharging your batteries and being in harmony with your body.

Plombières is a spa town marked by 2000 years of history.

It was, from the 51th century BC. J.-C., the place of a Celtic habitat. It was the Romans who, during the conquest of Gaul, discovered hot springs there and founded the resort. The legions of Caesar's lieutenant, Labienus, who were heading north via present-day Franche-Comté, in -XNUMX, stopped near Plombières. Legend has it that a soldier, looking for his dog, discovered him smoking with hot water vapours. The Romans were thus interested in discovering the said hot springs and descended into the valley in order to undertake gigantic works there, which seemed to be the basis of the technique of capturing and transporting thermal waters. In order to capture the springs, they diverted the Augronne river and threw a huge concrete "raft" on the springs' emergence zones in which they built sorts of wells (chimneys) to bring the water up into the pool. .

The Romans then built their spa constructions in order to take full advantage of the benefits of hydrotherapy. They installed a pool of hot thermal water there for the Roman soldiers, war wounded from the limes on the Rhine. The station was abused during the barbarian invasions, but reborn from the Middle Ages.

Discover the key dates in the history of Plombières-les-Bains…

Duke Ferry III erected a fortress there (the partial completion of the work is located in 1292) on land belonging to the Abbey of Remiremont, which earned him a threat of excommunication. The castle was built on the left bank of the Augronne to protect "bathers against bad people". It was perhaps destroyed during the fire which destroyed Plombières in 1293.

Over the centuries, illustrious spa guests followed one another: the Dukes of Lorraine, of course, and their cousins ​​the Dukes of Guise, but also Montaigne, Louis XV of France and his family, Voltaire, Beaumarchais (the first of his famous "Marriage of Figaro" took place in Plombières, he was the owner of the paper mill there between 1780 and 1788), Napoleon Bonaparte, Joséphine de Beauharnais, Napoleon III, Berlioz, Lamartine or even Alfred de Musset and even the Spanish painter Goya.

A stele is erected in memory of the American engineer Robert Fulton who, in 1802, came to present the First Consul's wife with the model of his steamboat. The experiment took place on an arm of the Augronne, near present-day Fulton Street, and the invention was to revolutionize the art of navigation.

On July 21, 1858 took place in the "pavilion of the princes" (current offices of the administration of the Thermal Society) the secret interview between the Emperor Napoleon III and the Count of Cavour, Sardinian-Piedmontese Prime Minister, resulting in the treaty of Plombieres. This agreement provides that in exchange for French military support in Piedmont-Sardinia in its war against Austria, France will be compensated by the annexation of Savoy and Nice.

2016
In June 2016, the town represented the new Grand Est region in the program Le Village Favorite of the French on France 2.
Services

Opening on Sundays from flea markets from 9 a.m. to 13 p.m. + Specific hours during weekends from Christmas market (Contact us)